After previously deferring a decision on the Coul Links Golf course, Highland Council’s north planning applications committee voted to grant planning permission for the 6 million pound development in Embo, Sutherland, despite their own officials TWICE calling on them to reject it. 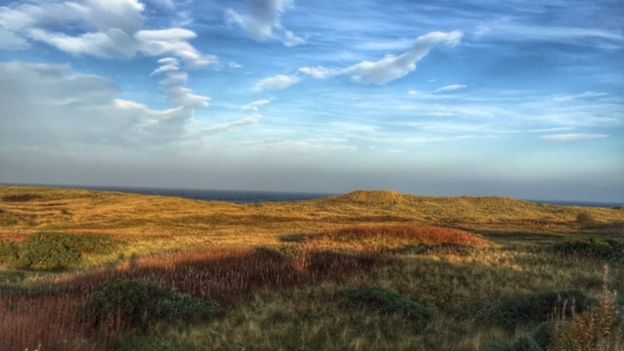 The committee was holding a special planning meeting on Wednesday 20th June, after they had deferred making a decision at the beginning of the month to allow new evidence to be assessed. As before, the council’s planning officials had recommended that the development be rejected as, they said the course would have a “detrimental impact” on protected wildlife habitat.

The main reason for their recommendation is that part of the 18 hole course, which American businessman Todd Warnock is proposing to build, would be on a Site of Special Scientific Interest.

Now I can understand the possible economic benefits to building such a scheme however, the level of opposition to this was unprecedented and it seems as if the local representatives completely ignored their constituents views.

Not only did the council’s own officials oppose the move, but there were 1800 objections and a petition signed by 89,000 people asking the councillors not to grant it. Add in the statutory bodies; National Trust for Scotland and RSPB Scotland also voicing their opposition I believe that the consensus was that permission be refused.

The reason I decided to write about this came about when I saw that the developer Mr Warnock told the Press and Journal after the decision,”his pockets were “deep enough” to mitigate any environmental concerns.”

Money cannot mitigate the destruction of natural habitat. Jobs are all well and good but, at the cost of destruction of unique and protected habit I don’t think so.

This sort of comment in my opinion shows that his apparent ‘understanding’ about losing the natural habitat, is just lip service to keep the councillors on board.

The planning committee’s chairwoman Maxine Smith SNP told the meeting: “on balance” the economic benefits of the golf course “outweighed the detrimental effects on ecology”.

She said: “I studied everything and, whilst I appreciate the this will be detrimental to the flora and fauna on the dunes, I don’t think that outweighed the economic and social benefits this application will bring.

“Tourism is massive in the Highlands and we need to encourage that and not turn it away.”

She is right, tourism is massive in the Highlands but, one of the main reasons for this is the landscape. We in the Highlands and Islands are blessed with some of the most beautiful and scenic locations in the world. Millions of people visit just for this reason, golf may be big here, but it’s our beauty that is best known.

Also, this is planned to be a 5 star championship course which, being so close to the Royal Dornoch Championship Course,  it will no doubt carry a hefty price tag. Apart from the ‘promise’ of a few jobs being created, what will local residents really gain?

When Donald Trump built his golf course near Aberdeen the same empty promises were used, yet the actual gain for the local community there has been negligible. Not to mention the course’s officials heavy handed approach to anyone crossing it.

I have visited the area near Embo on many occasions growing up and can honestly say that, despite them claiming only 7% of the dunes will be lost, that is 7% too much. It’s a beautiful area were you can take your children and just be at peace. There are also otters very close to the planned course so I wonder how this will affect them?

The developers have also said that they would improve other areas of the dunes. These dunes with their rare flora and fauna have existed for thousands of years without intervention from humans, I cannot think of a good reason why it’s a good idea to start now?

Lack of respect for the people who vote for them

The saga isn’t over yet though. Since a statutory body is involved, the National Trust for Scotland, the decision will now go to ministers at the Scottish Government in Holyrood to decide on whether to set up a public enquiry. With the level of opposition from the local community and those from further afield, I think it is highly likely that an enquiry will be launched.

If they choose not to, it will just add to the lack of respect that politicians have already shown the people of East Sutherland.

All views expressed in my articles are my own and may not necessarily be those of The Orkney News. You can find out more about who I am by visiting my blog: www.universalcreditsuffer.com

I do not get paid to write but if you’d like to make a donation I’d be eternally grateful. I put a lot of effort into researching and writing these articles and will continue to do so. You can donate via PayPal by clicking here.