All Together Now: Gathering of Support Services In Orkney

” It is love and mercy that saves people like me”

“People need to have a reason to make behavioural changes.”

A wide range of services and members of the public came together on Wednesday 12th of December to share how they support those who are affected both directly and indirectly by alcohol and drug use. 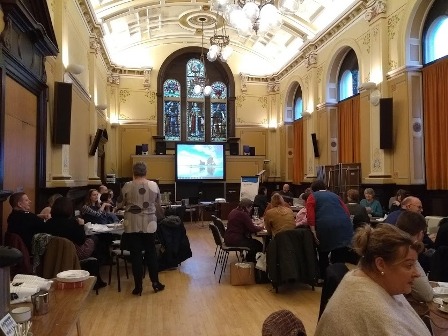 ‘All Together Now’, organised by Hannah Stanger of Relationships Scotland Orkney, allowed a variety of different services to share how they support people in our islands but also to discuss the Scottish Government’s draft Alcohol and Drug Strategy.

Scotland’s draft Alcohol and Drug Strategy is based on a Human Rights approach.

To read more about how Scotland is embedding Human Rights into its legislation click on this article:

“Our vision is a Scotland where people do not develop problematic alcohol and drug use but where people who have problems are supported and respected.”

All Together Now is the title of the draft report. It states:

One of the best ways to demonstrate our commitment to human rights in Scotland
will be to make a joint commitment to:

The Orkney meeting which will feed into the national strategy as well as looking at how we can better do things locally also heard from two people’s lived experience of alcohol misuse and recovery.

“If I take alcohol or drugs” he explained, ” I am immediately controlled by them.” At the start taking a substance had helped him but there came a point where that turned about and he was hospitalised 7 times in 2 years.

Mr MacAuslan described feeling completely without hope but of not recognising that addiction to alcohol was his problem. It was when he was hospitalised for 21 weeks and speaking to another person in recovery that he was able to see himself from outside.

“It was love and mercy that saves people like me.”

His addiction led to marriage break up and drove his family away. A.A. – with one addict talking to another and working through the 12 stages of recovery has allowed him to put his life back together again – to reconnect with his children and now with his grandchildren.

Emma Blanchard described her lived experience where she would drink to oblivion. She felt not worthy of love or connection. It was an overwhelming feeling of loneliness.

That was 7 years ago and today she keeps very busy with her family and volunteering. She said you “need to feel connected, being accepted and loved.”

The accounts of lived experience were very moving and humbling.

The presentations by those who provide services in Orkney were wide ranging.

Sally Shaw, Chair of Orkney Alcohol and Drugs Partnership explained that the day would be part of evidence gathering pulling together a Human Rights based local strategy. Orkney faced challenges: health inequalities due to poverty, an ageing demographic and the stigma of having an alcohol/drug addiction in a small community. 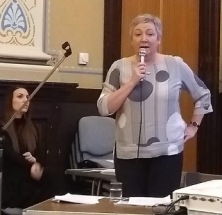 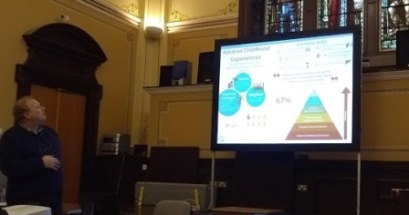 Simon Tarry, a mental health nurse and EMDR therapist, provided the participants with information on Adverse Childhood Experiences (ACEs) and how the brain responds to trauma.

You can find out more about that in this video

The Orkney ACEs Hub is a cross sector collective aiming to share, discuss and work together. Click on this link for their Facebook page: Orkney ACEs Hub 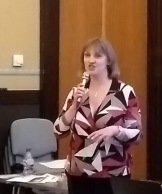 Erika Copland from Homestart explained that early intervention was crucial in reducing the harm caused by ACEs.

She said: “Orkney is a caring and compassionate community. Some services are working well but they are stretched.”

The aim for the ACEs Hub is to develop a more comprehensive plan this year.

A key theme of the day was the loneliness people can feel who have an addiction. Relationships Scotland aims to help their clients reconnect.

They offer services for: – Adults 18+, Young People 13 – 25,  and Family Members and Carers Affected by a Loved Ones Alcohol/Drug Misuse. Their approach is person centred

“People need to have a reason to make behavioural changes.”

Frazer Campbell, Service Director of Orkney’s Blide Trust said that 83% of people visit the Blide Trust to reduce isolation. The Trust is a mental health charity and aims to increase the social network of their members. The difficulty in getting people to come to the Blide is due to local perceptions.

“The Blide is not there to judge people,” he said ” we offer peer support.”

Advocacy Orkney is an independent organisation which is there to ‘stand alongside people who are in danger of being pushed to the margins of society.’

Their advocacy service is also built upon a human rights approach with a partnership of equals.

Andy Spence-Jones, Manager of Advocacy Orkney said that their service had never been busier. 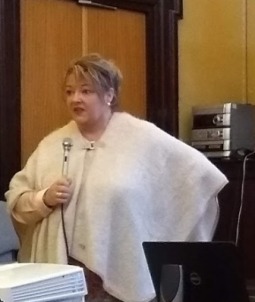 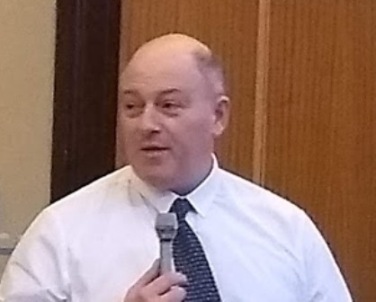 The Orkney Community Mental Health Care Team support people of all ages – from the cradle to the grave.  Tony Miller, described the stigma that people still feel accessing this service therefore they will meet those that need their help where they are – it could be their own home, a GP surgery, or whatever is best for them. The team have a range of approaches which also help in recovery and relapse prevention.

The Family Mediation Service is a confidential free service where the participants are taking part voluntarily. It is there to help and support families when relationships may be in difficulty.

Angela Green of Women’s Aid Orkney described how many women misuse drugs/alcohol as a response to trauma and that there were are increasing number of women with complex mental health issues. 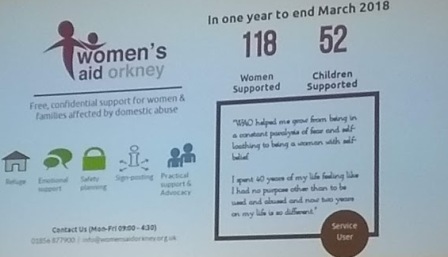 Women’s Aid Orkney have a person centred approach to recovery which is trauma informed. They see the person not the behaviour and use the 3 stages of trauma recovery model: Ground, Grow and Flourish.

Zelda Bradley of Orkney Rape and Sexual Assault Service (ORSAS) described how they create safe spaces for people to have their voices heard. In Orkney there is one rape or sexual assault every week, she said , but that most survivors do not report these attacks.

One of the most difficult things to tackle in Orkney was ‘victim blaming’ and trial by social media. ORSAS  go out into schools and the community to do prevention training and to raise awareness of the issue.

“Children and adults don’t get close to monsters,” she said and described the grooming and exploitation that a victim can experience. Perpetrators of sexual assault and rape will also extend this to  manipulating  the wider family and friends.

“Myth busting is really important,” she said,” The perpetrators are always responsible.”

The counselling services they provide are for anyone up to the age of 25 but for those at Orkney College there is no age limit. They also help those in homelessness accommodation ages 16-25.

Many of the young people requiring their support have mental health issues, anxiety, eating problems and low self-esteem. Gill Learmonth described a growing trend in Orkney where young people are self-medicating. They have a sophisticated network of what they can get hold of and it covers a range of people. 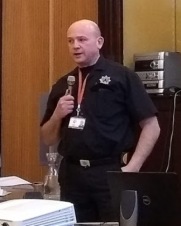 Mick Harcus from the Scottish Fire and Rescue Service described how alcohol was a major factor in domestic fires and many of those cases arise if people are cooking whilst under the influence.

This was an excellent gathering and Hannah Stanger of Relationships Scotland Orkney should be congratulated for bringing together so many services that are there in our community to help and support people.

Scotland has made some progress in addressing its alcohol and drug problem. The Alcohol and Drug Strategy moves this on to the next level. Alcohol misuse costs Scotland £3.6 billion each year with the estimated costs to the NHS running at £200-£400m. In 2017 , Scotland had the highest rate of drug related deaths on record – 934.

Involving people with lived experience is seen as an essential part of improving how we do things in Scotland. Wider issues will be addressed when supporting people: housing,employment, mental health and keeping drug users out of the criminal justice system where that is appropriate. 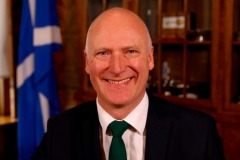 “Improving how we support people harmed by drugs and alcohol is one of the hardest and most complex problems we face. But I am clear that the ill-health and deaths caused by substance misuse are avoidable and we must do everything we can to prevent them. This means treating people and all their complex needs, not just the addiction, tackling the inequalities and traumas behind substance misuse, and intervening early to prevent people at risk.

“We are supporting this strategy with an additional £20 million a year on top of our considerable existing investment in drug and alcohol treatment and prevention. We want to see innovative, evidence-based approaches, regardless of whether these make people uncomfortable. This money mustn’t just produce more of the same.”

You can read more about that here: Rights, Respect and Recovery: Alcohol and Drug Treatment Strategy