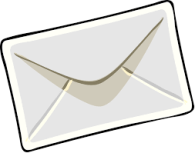 It was claimed, that, possibly, Mr. Putin helped Mr Trump to win the election for President of the USA.  Seemed un-likely, but, you never can tell. They were big chums, for a while.  Now, Mr Trump has said goodbye to the Intermediate-range Nuclear Forces treaty, and Mr Putin has responded …symmetrically.

It’s what bully boys do…..bullies like bullies.  They don’t like to be bullied by them, but they like the idea, that they will join them in bullying the people that they also don’t like. They like to stick together, and buy each other drinks and clap each other on the back and tell each other what good guys they are, and how they’ll stand together, against the ‘others’.  This works, until one of them tries to push the others around, then the flaw comes in…….they like to band together, but don’t actually like to be pushed around by anyone. They like to do the pushing around.

Once this kind of thing gets going, there are too many bullies, trying to do the bullying, and, often, the ‘pack of cards’, collapses. I hope this current situation will collapse, dissolve, be resolved reasonably, before we head back to the kind of paranoia which similar situations have produced in the past.

And, meanwhile, we, the people, sit in the middle, trying to get on with our lives, while the Alpha males throw their poo at each other.