Except for Viewers in Scotland

I was driving south tonight, listening to the Brexit permabouroch as it stumbles from tragedy to farce. I listened to the votes. I heard the PM and Corbyn respond, both badly.

Next to speak was the BBC’s political correspondent John Pienaar, who is now the Westminster leader of the Scottish National Party. He must be, because he spoke over someone who soundly remarkably like the SNP leader Ian Blackford. This sort of thing happened – twice – on the telly yesterday, and once on the BBC tonight. In truth it’s been happening for years.

And now the latest on Brexit.

Except for viewers in Scotland.

I often get accused of grievance hunting over these things, but, honestly it’s anything but. Being as objective as I can be, it is bizarre that a national broadcaster would serially (and seemingly deliberately) omit the speech of the leader of the third largest party in the commons and the second largest in terms of membership in the United Kingdom, particularly when you would imagine that the points Ian Blackford was presumably trying to make – Scotland voted to remain, we have been ignored at every turn, the securing a triple locked mandate to begin their withdrawal from the UK – are actually fascinating and important parts of the debate. It was interesting that, in France recently, even politically engaged folk admitted that the first time they’d heard this angle was when I mentioned it to them. What kind of a media organisation is it that ignores such an important and compelling narrative? Why do that?

Firstly, this isn’t an SNP post or a self-determination one. I’d like to think that if (say) the Greens / Libdems were the third party I’d want to hear their position. Indeed, there will surely be many Scots who would be interested in what the leader of Scotland’s largest party had to say about the most seismic political event since the last war. The majority of them won’t be members of the SNP. Most of them won’t be members of any political party at all, and fair play to them. But this is the union in microcosm – having to ask for things that normal countries take for granted. What’s that line in the song?

“We fight, when we ask them / we boast, then we cower / we beg, for a piece of what’s already ours”.

It’s hard, bloody hard fighting tooth and nail for what other folk, rightly, take for granted. You know, getting governments you vote for and being allowed to boot them out when they inevitably make a bollocks of it. Aye, that sort of thing. But whatever ones politics, consider this. The most relevant political voices in Scotland, at the most important juncture in our history for three hundred and twelve years, are being silenced by a media body that has discarded any pretence of impartiality and has effectively sidelined five and a half million license payers. That’s not democracy. That is propaganda. This isn’t a union either, by the way. The very fact that you have to ask permission to leave means that we must dismiss any notion that this political arrangement was anything other than colonialism.

I half-mistakenly wrote “was”. I used the past tense. Because in my mind I’ve already left. When you start thinking like that, we’re nearly there. It’s in plain sight – more Scots want independence than want a no-deal Brexit. And nearly as many Scots want independence over a “deal” Brexit. Now the apparent silencing of Ian Blackford makes sense. The union is over. The only reason we haven’t been – ahem- “granted” another vote is because we will win. By a lot.

A final point. This article is no criticism of John Pienaar. I love the dude and could listen to him all day, and often do. But I’m genuinely curious as to how what is clearly an agreed editorial decision – the silencing of Scotland – comes about. I know journalists follow me. What gives?

Canon Kenyon Wright, who chaired the Scottish Constitutional Convention, used to take issue with people who, when asked by Scotland to decide its future said: “we are the state, and we say no”. That may be so, he said.

“But we are the people,” he replied. 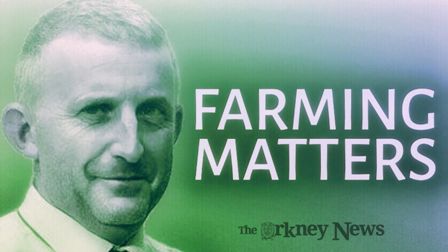