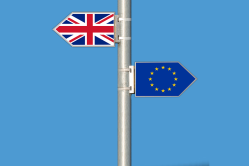 In case anyone has forgotten with all the distractions of a Tory leadership election parading across our screens,  the UK is still on course to leave the EU on October 31st 2019 and it could very well be a no deal, otherwise known as a hard Brexit.

Last year the Scottish Government launched a Brexit stakeholder fund which spent £141,711 allowing groups of people (13) to record their views on what leaving the EU will mean to them. The report has now been published: Brexit: unheard voices – views from stakeholders across Scotland on leaving the EU

The organisations and groups which took advantage of this opportunity were:

It will come as no surprise that the groups, which range from working with the young to the very old; people on low incomes; and minority groups,  all expressed great concern and many fears about the UK leaving the EU.

A variety of events were held by these groups to gather views and this report will now be used by the Scottish Government to attempt to address some of the concerns raised.

What is a Citizen’s Assembly ?

The Scottish Government is setting up a Citizen’s Assembly most likely to be chaired by ex Labour MEP David Martin.

Finding a company to randomly select the 120 citizens who will sit in this assembly has been put out to tender. More information about that here: Public Contracts Scotland

The randomly selected citizens have been tasked with considering 3 broad issues:

The chosen 120 will be announced in September and will convene in an Assembly over 6 weekends until Spring 2020.

Travel, accommodation and other reasonable costs, such as child care, will  be covered for those attending as well as a ‘gift’ payment of £200 for each weekend.

MSPs, MPs, MEPs, councillors and members of the House of Lords, political party staff, public appointees and senior public and civil servants will be ineligible to sit on the Assembly, as will representatives and officials of relevant advocacy groups.

Citizens Assemblies have been used in other countries but also in the UK. The most recent one in the UK was held in England and its focus was on social care in England. That Citizens’ Assembly only met over 2 weekends and discussions were led by a facilitator. Members heard from a selected group of expert contributors and then discussed the issues in small groups. They voted on and ranked various options for the delivery of social care in England. This was then fed into the overall report of  UK Parliament committees.

Ireland has a Citizens’ Assembly with 100 members. Here is a wee fact sheet explaining a bit more about it: Citizens Assembly Fact Sheet June 2018

It also has a YouTube channel because its meetings are livestreamed.

The intention is that a Citizens’ Assembly can discuss issues in more detail and without the party political bias that occurs in parliamentary situations. It is hoped that this will mean it  will reach a point of consensus reflecting the views of the population.