Some of the talks included in this year’s Science Festival got me thinking about some aspects of human behaviour – our interaction with the world around us, with each other and with all forms of life.

I’ve said it before, and I’ll say it again – we’re losing our senses, in all ways.  We don’t pay attention to what’s around us, so the senses which used to be so alive, and necessary for our survival, are going to sleep – and connected with this, we’re losing sensible behaviour, too. Losing our senses.

What we call intelligence, has to develop, or we wouldn’t manage in the world, but now, are we, collectively ‘dumbing down’? and, worse still, becoming more self-centred and un-caring?  It looks like it, in many aspects of modern life, and, this does appear to go in ‘waves’. I’m thinking of history, and the eras which seem to have been dominated by selfishness and materialism, compared with  others, where a more ’enlightened‘ approach was, well, one word for it is  – fashionable!

Every now and then, there are people who are noticeable in society, who are thinking, looking about them, being aware, connecting ideas, wanting to help the world, and its inhabitants. Sometimes they express that thinking well, either in words, painting, sculpture or – just their lives, the way they live and approach life – or simply in their occupations.

When I come across these people, or their work, it gives me heart, and hope for our survival.

And then, from this, came thoughts about a less tangible aspect of what is around us, and one which I believe needs paying just as much attention to – waves – all the different kinds of ‘waves’ there are around us, both physical, and ethereal.  We need to look to the state of the sea, not only the possibilities for harnessing its physical power, to provide us with power, but also the mess we’re making of it. There has been work on the potential negative effects of interfering with waves, and so far this has shown that the effects of large scale energy extraction are predicted to be tiny compared with the effects of climate change.  There might still be some local effects, but this is all very uncertain, and it probably depends on exactly where it happens.  It’s definitely true that we’re messing up the sea, but global warming, overfishing, plastics and other pollution, underwater noise, etc., etc., are of much more concern than either wave or tidal energy extraction

We, as a species are all too ready to make use of what’s around us, without giving enough consideration to the possible results, negative as well as positive, before we go ahead and make major changes to the world. It’s part of the reason that the sea is in such a state – plastic is very, very useful, but, it lasts an awful long time, and it looks like not enough thought was given to that aspect of its use – the disposal of the unwanted plastic. Dump it in the sea, and who knows where. and in what quantities it will wash up. https://en.wikipedia.org/wiki/ Kamilo_Beach  Burn it, and you release toxic chemicals to be carried on the ‘waves’ of the air. So, what do you do with the stuff, when it just won’t go away, and starts to clog up the world?  We are the only species which is capable of making such sweeping changes to the world around us, and with great capability, comes great responsibility.

In our living room we have a clock which, when the clocks change, re-sets itself. This is caused by a signal from a central source. There are many signals, beams, waves in the air now, which weren’t there in our past. We haven’t been around all that long, and haven’t changed all that much, biologically. We may not be consciously picking up on these ‘waves’, but, un-consciously, are they affecting or influencing us?  Are our bodies and brains aware of these ‘waves’ in the air about us? And, what effect might they be having on us, without our being aware? It’s something I wonder about, without getting paranoid about it, as there isn’t much I can do about it, even if it is happening!  It might just be another part of our evolution – maybe we have to learn to adapt and live with these ‘waves’, signals and beams.  It’s something I do wonder about though – television, radio, mobile phones, radar, lots of invisible frequencies in the air – and we are very sensitive creatures, who did used to rely on our senses to survive.

Now and again, you can come across a person whose work means that they still have to rely on ‘feeling’  when something is right, or ready – or not.  A traditional miller is one example – not many of them about, though. Fishermen – or women – still need to ‘read’ the water, wind and sky.  And, a more common experience, when a person just ‘feels’ when it’s right to change gear in a car.

It’s all still there, but we’re losing our awareness of and connection to it to some extent, or many are, as life becomes easier and easier and more and more is ‘laid on’ for us, without us needing to think, or feel our way, or connect and have a care for all of the life around, us, including each other.

And maybe there are other factors becoming involved as well, such as the ‘waves’.  All part of our development and progress….or not.

Sonar and radar from shipping is messing up the guidance systems of marine life –  maybe we’re being messed about with in a similar way and don’t realise it, because the effects aren’t so obvious.

Do we adapt and evolve to deal with it? Or do we lose our senses? Is time running out for us? 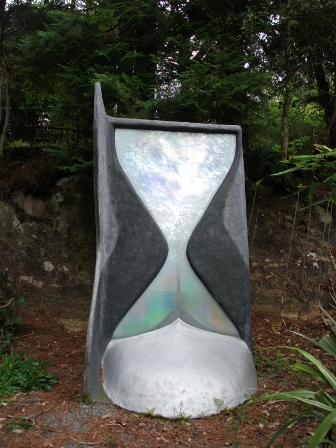 Or do we turn it around?