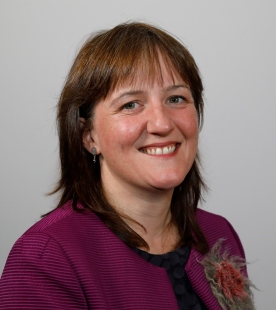 I am absolutely delighted that the SNP Scottish Government has delivered on fair ferry funding for the Northern Isles through Derek Mackay’s revised budget statement last week.

Like many others, I have been advocating for fair ferry funding for some time. This is a lifeline service and I am extremely pleased that the Government, of which I am a part, has delivered on its promise to my Island constituents.

In the last year we also announced a scheme to reduce fares on Northern Isles ferry services through Road Equivalent Tariff (RET), which is great news for folk who travel by sea to and from Orkney and Shetland, and for the ferry services operating within the two island groups.

I’m pleased that the discussions between both island councils and the Scottish Government have been so fruitful and agreement has now been reached. With constructive engagement between local authorities and Scottish Government, great progress has been made.

What Derek Mackay unveiled last Wednesday in his revised statement, was a bold and progressive Scottish Budget that yet again delivers for folk in the Islands, the Highlands, and indeed every corner of Scotland.

The Scottish Government will also continue to look into a longer-term strategy for fair funding of ferries, including the question of how best to replace the current fleets that operate in Orkney and Shetland.

Of course, it would be wrong to say that the journey to last week’s agreement has been all plain sailing (if you will pardon the pun). There have been many hours spent negotiating with the leaders of the respective islands councils, and both Humza Yousaf as Minister for Transport and the Islands, and Derek Mackay as Finance Secretary have been very open to these discussions.

So it was slightly perplexing to see the Northern Isles Lib Dem MSPs refuse to commit to backing a budget that included fair ferry funding back in December.

Thankfully, Derek Mackay made it absolutely clear at that point that his door remained open, and it was eventually the Scottish Greens who struck the deal before last Wednesday’s debate.

Although Liam and Tavish then took the decision to vote for the budget, it was clear that they were unable to persuade any of their colleagues to follow suit. The majority of the Holyrood Lib Dem group voted against fair ferry funding which is so crucial to the Island constituencies. A split in this small party does not look good for the present party leader, Willie Rennie.

A lot has changed in the 100 years since women got the vote, and for that I’m truly thankful. On Tuesday in Holyrood, Nicola Sturgeon and Angela Constance led a debate in which we celebrated the progress and continuing the march to equality. The famous suffragette slogan seems as relevant today as ever: deeds not words!

This is a fortnightly column by local MSP Maree Todd, SNP