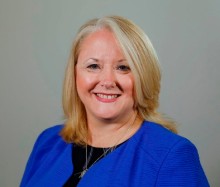 The Scottish Government is to introduce a Bill which will enhance the protection of women and girls from Female Genital Mutilation (FGM).

“Female Genital Mutilation (FGM) is a deeply abhorrent practice and a fundamental violation of the human rights of women and girls. It is a physical manifestation of deep-rooted gender inequality.

“FGM is already illegal. This Bill will provide for increased protection with the introduction of protection orders and putting guidance on a statutory footing to improve the response of services.”

Whilst welcoming the enhanced protection The Royal College of Midwives in Scotland are disappointed that it does not go far enough.

“This is a welcome move by the Scottish Government. This will support our aim of ending FGM in Scotland.

“The proposed statutory guidance is also welcome. This will enable all professionals and agencies to better support those affected by FGM. It will also foster a more consistent approach across Scotland in line with the legislation.

“We are disappointed that the Bill does not include mandatory reporting of FGM to the police as is the case now in England. FGM is illegal and it is a crime perpetrated against women and girls. We need to see those responsible for doing it held to account before the law.”

“We are making progress but there is still much to do though to stop this violence against women and girls and we cannot relax our efforts. Many girls and women here in Scotland and across the UK continue to be at risk.”

The Female Genital Mutilation Bill  was put before the Scottish Parliament on 29th of May 2019 – it is at stage 1 of the process.

The purpose of the Bill is to strengthen statutory protections for those at risk of female genital mutilation (FGM). Specifically, the Bill creates a new FGM Protection Order which can impose conditions or requirements upon a person or persons for the purpose of protecting a person or persons from FGM, safeguarding them from further harm if FGM has already occurred, or to otherwise prevent or reduce the likelihood that FGM offences will occur. The Bill makes it a criminal offence to breach an FGM Protection Order or an equivalent UK order. The Scottish Ministers must issue statutory guidance relating to FGM Protection Orders and the Bill also makes provision for the Scottish Ministers to choose to issue statutory guidance in relation to FGM. Relevant public bodies must have regard to the statutory guidance in the exercise of their functions

“I was just nine years old when I was subjected to FGM. It was excruciating and has caused me pain throughout my life. If this Bill prevents even just one woman from going through the same, then in my eyes, it will be a success.”