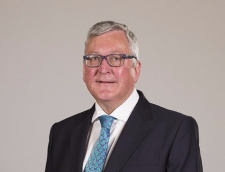 Fergus Ewing, Rural Economy Secretary in the Scottish Government, has highlighted the importance of retaining freedom of movement for EU workers.

“With EU citizens already making up 5.2% of our workforce – many of whom have chosen to make their lives here – it is clear that any restrictions on movement and access to EU workers would have a significant detrimental impact on rural and coastal Scotland.

“This could potentially lead to labour and skills shortages and a possible reduction in domestic produce in favour of imports. For example, 58% of our fish processing labour workforce comes from the EU, without which there is a real risk to the future success and sustainability of the rural and coastal economy and communities.”

Immigration is a power retained by the UK Government therefore the Scottish Government has no control over this area.

At the last meeting of the Convention of the Highlands and Islands which was held in Kirkwall Orkney, the same fears about the shortage of workers in key industries was voiced by many.

Fergus Ewing: ‘I don’t know of any sector of the economy that can work without EU workers.’

Highland Council have been very vocal in stating their concerns for the communities they serve with an ageing demographic and an overall declining population. There will simply not be enough workers to work in many sectors particularly health and social care.

The unemployment rate in Scotland is low at 3.4% but there is an issue over an ‘inactivity’ rate of 22% .This is the proportion of the population of working age who are not active in the labour market. The highest employment rates are in Orkney (87.5%), Shetland (81.7%) and Highland (81.2%).

Scotland needs a flow inwards of young, active people who will fill the gaps in the workforce and in so doing pay taxes. This all goes to help to grow the economy and pay for our public services. Over 5% of Scotland’s workforce is made up of EU migrants. The ending of free movement, restricting those who can come and work in Scotland, will have a huge effect on the economy and the ability to deliver public services.

““This Government values the contribution EU citizens make to our economy and society, and we want people who are here already to know they will be supported to stay in Scotland.  It is also important for people thinking of coming to Scotland to work, even for a season, that we are open for business and that you will be welcomed warmly.

“You are welcome here, you contribute to this country’s diversity and prosperity, and we will do everything we can to help you stay in Scotland.”