I used to serve on a golf club committee alongside, amongst other, a man who always mispronounced by name. As you can see, I’m “Alec” with a “c” (as was my grandfather). Yet this guy, month after month, meeting after meeting  called me “Alex”. I didn’t correct him, figuring that since everyone else in the room called me “Alec” the penny would drop. It didn’t, and I began to think he didn’t want to because he suspected – rightly – that it pissed me off. Golf clubs can be quite divided places, but the belief that this guy was a Grade A, world-class roaster was something that united the entire membership. If I was Alec with a “c”, then this guy was Rick with a silent “P”. He left under a bit of a cloud when he was heard badmouthing his fellow committee members in the bar of a neighbouring club. The rest of us said a collective “thank God” and went out to play golf.

It sounds a really petty thing, but very often it’s the little details that hint at a broader and deeper truth. As a rule of thumb, if somebody gets something as fundamental as your name wrong they probably dislike you or, at the very least, don’t consider you worthy of respect.

That guy from the committee has, unfortunately, come to mind quite a lot in the last few years. Theresa May always talked about the “Scottish Nationalist Party”. The BBC called the SNP the same thing on Sunday night when reporting from the rally in George Square that was addressed by Nicola Sturgeon – or “Sturgeon”, as she is often jarringly referred.

Much of the disrespect comes from sheer ignorance, although that’s hardly an excuse. It’s there when Boris Johnson describes Scotland as the highest taxed part of the UK, when that’s arithmetically incorrect. Or when he tells Scotland, in a clear threat to the devolution settlement, that it is “forfeiting the right” to run its health service, when by any benchmark it’s outperforming it’s neighbours. Or when Nicholas Soames tells Ian Blackford to “go back to Skye” (try replacing “Skye” with “Pakistan” or “Africa” and you’ll see how sinister the language is). Or when the chamber empties when the SNP leader gets to his feet. Or when the station goes back to the studio, rather than broadcast his words. We pay for this, by the way. We are paying for the privilege of our own belittlement.

It’s there when broadcasters call the Liberal Democrats the “third biggest party” (they aren’t) and then don’t invite the actual third biggest party to its election debate. And after the May European elections, it was bizarre to watch commentators analysing the result in front of a map with a great muckle splash of remain yellow on its northern half – otherwise known as Scotland – and making no reference to it whatsoever.

Think about that. Five years ago, we were told to lead, not leave. That we were valued membership of a precious union of equals. And yet now I am told I must leave the European Union because our equal partner says so. That my country’s largest party cannot take part in a UK election debate because it’s a bit too – well – Scottish. But the leader of a smaller party can do so because her party is British, even though she’s fighting for a seat in Dumbarton and would therefore be practically disqualified (through EVEL) from becoming Prime Minister in the near-impossible event of her party actually winning the Christmas election and forming a government. It’s bonkers.

It’s there in the logic of the Scotland’s last ever Secretary of State. According to Alister Jack, the not impossible scenario of the SNP returning MPs in every constituency in Scotland does not deliver a mandate for a second independence plebiscite, while a nil from fifty-nine return for the Tories re-affirms their right to denying Scotland its most basic of democratic rights for all eternity. Meanwhile the broadcasters report this as if it is normal, saying that a fifty-five seat return “might” deliver a mandate. It’s worth reflecting that the bar is nowhere near when it comes to delivering “the will of the people”. Brexit is an establishment shibboleth and a straight majority will do fine. And, while we’re on the subject, what kind of a country outsources its process towards independence to political parties based in a different country to its own? And, when a Prime Minister publicly threatens to roll back devolution, what, pray, are the chances that same Premier – and any of his successors – allowing the gun to be fired that will kick off a second independence referendum that Yes will win? Take your time. I’ll wait.

The uncomfortable truth for Scotland is that all of this was completely avoidable, and I think acknowledging this whilst not blaming anyone for the collective lack of belief in 2014 that led us to an act of epic self harm that led directly to the permabouroch that now engulfs us is an important and honest first step to getting the thousands of people, who were scared away from what was their right, on our side.

We reap what we sow.

Five years ago, during a somewhat fractious evening in Stranraer (the polls had closed and the angry unionists – a tautology to end tautologies – were out in force), Jim Sillars got to his feet.

The gist of his argument was this.

On September 18th 2014, the polling stations would open at seven and close at ten p.m.

For fifteen hours, Scotland was to all intents and purposes a newly independent country. We held all the sovereignty we’d ever need. If we voted No, at a minute past ten we’d have handed it – every bit of it – back.

He was right. But he was also wrong.

I remember doing an interview days before the vote where I said that people being told a No vote would be voting for no change were being sold a false premise. I remember saying that Scotland would be immediately forgotten about by a post-No UK government that would consider the matter closed and move onto a general election which could return a conservative majority that would trigger a European election that would see Scotland removed from the EU against it’s strongly held democratic wishes. The word “Brexit” hadn’t yet entered the lexicon. That feels like a different century.

What I hadn’t considered were the constitutional consequences of the No vote. Instead of federalism we got EVEL. “Vote No to stay in Europe” became Brexit. The Barnett formula died on the altar of a DUP bung and dark money. Sewell – the convention that Acts of Parliament (like the Withdrawal Bill) require the consent of devolved government if they impinge on reserved powers like farming, was shown to be just that – a convention. The vow wasn’t delivered, because the No vote was always going to be seen not as an article of trust but as a betrayal of weakness to be ruthlessly exploited. And if we complained? You’ll have had your vote. This was inevitable. We are the architects of our own shafting.

In light of this, the only surprise of the events of the last five years in general and of the last couple of weeks in particular is that anyone who was paying attention is remotely surprised. The whole point of the Union is its preservation by whatever measure, whatever it takes, come what may. This – all of it – has been carried out in plain sight.

The aftermath of the No vote has been fascinating and terrifying in roughly equal measure. It has revealed that things that were seemingly set in stone – the Good Friday Agreement, devolution, Scotland’s place in Europe – are actually built on sand. The truth is that, even with fifty-nine pro-independence MPs on the green benches on December 13th, neither the basic arithmetic nor the fundamental flaw – the outsourcing of our democracy to a country whose instincts are increasingly removed from our own – will have altered. It will Remain impossible to address Scotland’s many challenges from within this increasingly claustrophobic framework. A second No vote would be effectively saying that we don’t want anything better than we’ve currently got. In fact, we’d be voting not for the status quo but, given that we now have a PM who has publicly stated his desire to roll back devolution, something that doesn’t even equate to that.

There’s been a stramash over Sky TV choosing to blackball the UK’s third party in a debate about arguably the most important election in the modern history of these isles. But, frankly, anyone surprised by this hasn’t been paying attention. This is the logical if brutal conclusion to the decision of a country that decided it would, all things considered, allow its future to be decided by another country. And into the vacuum has come a political class use the language of traitors, of betrayal, of vermin, of enemies of the people. Who suggest that the reason for Grenfell was too much government and bureaucracy and health and safety. And that poor folk were a bit stupid.

There’s a clear and obvious connection between our failure of nerve in 2014 and our current subjugation by an alien political culture.

If the last few days are any barometer (and they are, although it’s going to get worse), the next few weeks and months will be dominated by some pretty depressing political nihilism.

However. There’s some good news.

If you live here – in Scotland – you have a choice.

I sometimes think that Scotland is like that woman whose husband always promises to do right by her but who always, predictably, lets her down. There comes a point when she has to walk away from the philandering, mendacious bully before she loses her self-respect. And I suppose determining where that point is is our country’s judgement call. To me, that particular Rubicon was crossed years ago.

Stay focused, people. We can deal with the other stuff later. The only question we need to ask ourselves – and those who might wish to join us – is this.

“Who shall speak for Scotland?”

Everything flows from there.

The rest is noise. 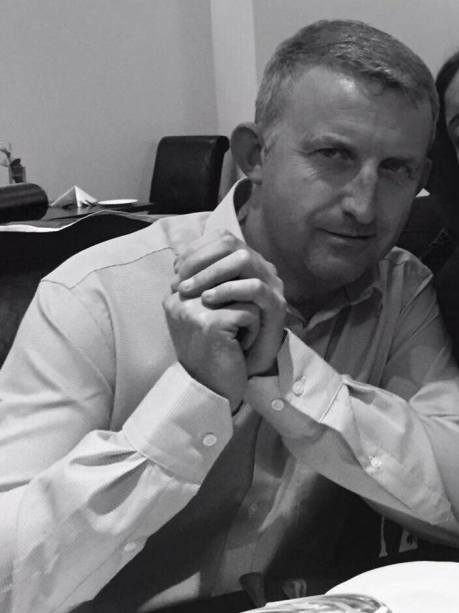