The Scottish Government is a minority SNP administration and in order to get its Budget passed, or any other votes in the Scottish Parliament, it relies on the votes of MSPs from other parties.

The Draft Budget is just what it says it is – proposed spending – and it is during this short period when groups and organisations will lobby MSPs  to get changes made to benefit whoever they represent. The SNP, if it wants to get its Budget passed will have to give way on some of its spending plans to secure passage of the Bill.

Orkney Islands Council, in this Draft Bill, would receive £77.5 million, an increase of £0.6 million which they have estimated would be a reduction of £0.7 million due to rising costs.

Some of the money from the Scottish Government is ring-fenced, for instance  the expansion of early learning and childcare. Teachers also won a significant pay rise, much more than other public sector workers, and this has to come out of that allocation. Ring fencing happens when a national government wants to insure that polices are implemented, properly funded, without the money being diverted to some other project.

Orkney also receives other money. Transport Scotland (run by the Scottish Government) has committed to funding the inter islands ferry service. Orkney will get a share of £10.5 million. Leader of OIC, Councillor James Stockan would like Orkney to get £7million and have the inter islands ferries  fully funded centrally.

James Stockan has the support of the LibDem MSPs who represent Orkney and Shetland.

“In 2018, the SNP Government accepted the principle of fair funding for our lifeline internal ferry services. In return, Tavish Scott and I voted to support the budget.

“Since then, however, the SNP has sought to backslide on this commitment and short change the communities in Orkney and Shetland. This year, that amounts to a shortfall of £5m.

“It is not good enough for SNP Ministers to claim they are open to negotiation if they so brazenly fail to honour the commitments they have made in previous negotiations. What trust can anyone have in the promises they make?”

Balancing government spending can never be an easy task and if one area gets more another will get cut. HIE (Highlands and Islands Enterprise) has been allocated a cut in its funding in the draft Budget from almost £72 million to just under £59 million. This has been criticised by several opposition MSPs. 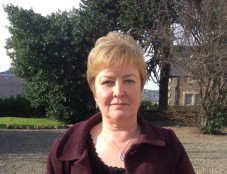 Rhoda Grant, MSP, Labour called it death by a thousand cuts. She said:

“When the Government did a U turn and retained the board of HIE three years ago, I suspected this would not be the end of the fight.

“It would appear, that money is being taken away from this region to fund the creation of South of Scotland Enterprise. This is ludicrous as HIE never covered the south of Scotland.

“It is stealing from Peter to pay Paul.

“Kate Forbes, in her new role, needs to get a grip. She of all people should understand the challenges that the Highlands and Islands economy faces.

“These cuts will create further damage.”

Referring to it as ‘centralisation by another name’ both LibDem Northern Isles MSPs added to the criticism.

“HIE have shown that locally based support can make all the difference for rural enterprises. There can be no good reason to backtrack on that principle through cuts to their funding.

“The solution to local challenges can’t always be found in the central belt. HIE must be properly supported to continue their role in providing an alternative.”

The Scottish Greens referred to the Scottish Budget as ‘timid’ in the face of a climate emergency. Their co-convener Patrick Harvie MSP who represents Glasgow said:

“In recent years Scottish Greens have engaged constructively with the Scottish Government to protect vital local services across the country.

“This year, in addition to protecting important services, we have prioritised action to tackle the climate emergency. The lack of an emergency response in today’s budget reflects the lack of constructive engagement from the government this year.”

Last year the Scottish Greens won concessions in the negotiations over the Draft Budget on funding to local government which insured their support for it in Parliament.

This Draft Budget, of course, has been produced in the wake of the UKs decision to leave the EU and whilst we are in a transition state no one is really sure how the economy and vital public services will be affected. What is known is that it won’t be a positive outcome and as Orkney and Shetland are at the end of the supply chain for imports there is the real possibility of a rise in food prices and even a shortage of some supplies.

Given that context – the complete unknown of the Brexit fallout – this makes the allocation of  future Scottish Government spending also in doubt.

Kate Forbes, introducing the Draft Budget described it as having ‘wellbeing and fairness at its very heart’ with Scottish Government spending having to mitigate the appalling destructive effects of austerity policies implemented  by successive UK Governments. Condemned by Prof Alston, the United Nations Special Rapporteur  , the UK has continued its policies to hit the most vulnerable in society the hardest. A ‘Harsh & Uncaring’ UK – The Alston Report

The Draft Scottish Budget includes £15 billion for health and care services, an increase of £1billion.  Health and social care partnerships would get almost £9.5 billion and £117 million for mental health funding.

Local MSP Maree Todd,  SNP, who is also the Minister for Children and Young People,  said:

“For the first time ever, this budget provides funding of over £15 billion for our health and care services.

“As a cherished public service for the past seventy years, MSPs must do all we can to ensure our health service is properly funded.

“That’s why I’m calling on my political opponents across the Highlands & Islands to get behind the SNP’s plans that will protect our NHS – ensuring it remains safe in public hands, not put at risk of privatisation by Westminster.”

The money Scotland is allocated to spend on its NHS is directly linked to the funding the UK Government allocates to that of England. If funding from government to the NHS in England goes up or down so does the allocation that Scotland receives. It might be good sense never to believe what is promised on the side of a bus.’

Also in this Draft Budget:

£41million for the Scottish Welfare Fund, an increase from £38million

£3.57billion for education and skills, an increase of £122million

Scotland has some powers to set income tax levels. Here are the proposed levels for 2020/2021 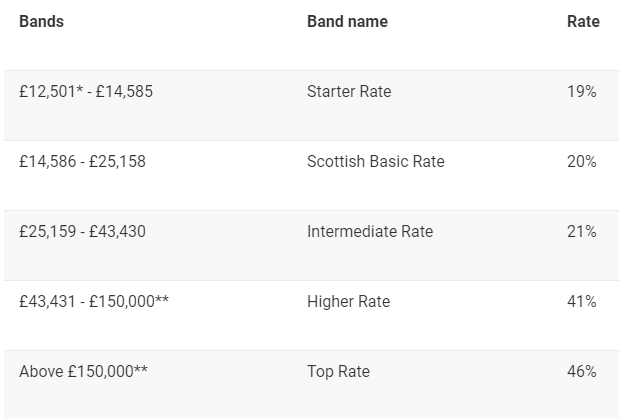 56% of Scots will pay less income tax than taxpayers in the rest of the UK.

Click on this link for a downloadable fact sheet: Scottish Income Tax Proposals 2020 2021

Remember there is no magic money tree as Scotland has to work within its Budget. It cannot have a deficit and all spending has to be balanced. Negotiations are ongoing and where changes are made in favour of one, somewhere else will lose out. 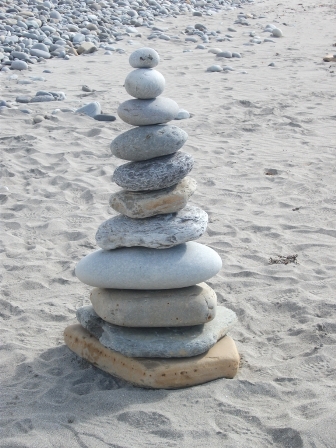 If you want to watch the presentation of the Budget you can do so here: