This is not a film review of a specific film, or should I say a ‘Motion Picture’ , it is an article asking questions about changes in technology and how we watch and enjoy film and what it may mean for art.

I have written a film review before on these pages, it was for Papillion one of my favourite prison movies. The original starred Steve McQueen. Papillon – a tale of two movies.

We hold such actors up as iconic and gigantic in terms of the impact they had on their art and on our memories of seeing great stories told on screen. Memorable stories get retold and reshaped however as Hollywood and the major film making corporations struggle to remain profitable and interesting. Originality is risky and they would prefer to  remain profitable.

Technology is changing everything in the movie business .Tolkien’s Lord of the Rings was a best selling book 50 years ago but it took Peter Jackson’s blockbusting movie series to put it back on the best sellers list. The Tolkien magic was universal images and timeless myths which were fantastical and engaging but hard to visualise. People may remember seeing early attempts at portraying his work in animated form but these were limited and only scratched the surface of his imagined Middle Earth. It was film making technology that made them take shape and made them so popular. Previously we had to use our own imaginations and physically turn the pages.

So many of the things we read when we were younger ( speak for yourself auld yin I hear you say) are becoming real. Looking after my grand daughter the simple task of baking involves technology when I ask her to set a timer to time the baking of muffins- ‘Siri- set timer for 20 minutes’ she announced! ‘Boxes’ we talk to and ask what the weather will be like on our way to work have replaced looking out of the window and looking at the sky.

All changes in technology in movie making are not bad and usually they are heralded with a lot of publicity and hype. Martin Scorsese has recently made a huge movie The Irishman with classic actors Robert De Niro, Al Pacino, Harvey Keitel and Joe Pesci. The story covers a turbulent period American history and like many Scorsese movies spans a long period of time. De Niro and Pacino are not getting any younger so to fit in the story telling they were digitally ‘re-aged’ to look younger at the earlier stages of the movie.

Scorcese’s The Irish Man. Digitally re-aged characters. On Netflix and in cinemas from 27th November

This is all well and good you might say.It is all part of the telling. Yet the director has famously called out a series of other technologically enhanced movies for not being artistic.

Scorsese is either what he says he is, a great artist or he is a great marketing genius because he started a debate about the blockbusting Marvel Universe series just before releasing is own digitally enhance movie.

Marvel movies are based on the comic books many adult paying film goers will remember reading. Who is to say they are not worthy movies?

Black Panther is one of the biggest box office successes and was based on a comic book launched in 1966 right in the middle of the Vietnam war and city riots across America due to civil unrest. 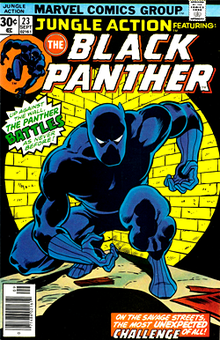 No, Black Panther was not named after the Black Panther Party. What it did do though was to create a black super hero at one of the most despondent times in American history of African Americans and gave people hope through the escapism of a good story. Isn’t that what the movies are all about and always have been about? Scotland’s own Pat Kane writes a very good and respectful piece about the whole debate here.

But what next? What if I were to ask you what do Ninja Turtles, Warcraft, a Hammer Horror movie actor and James Dean have in common? Industrial Light and Magic (ILM) have some of the answers and can trace a ‘pipeline’ of special effects development from earlier movies to the present day. We are only just realising where the trajectory of this ‘pipeline’ might end up.

In the recent reboot of Star Wars which first came to the screen in December 1977, we see some of the original actors not only enhanced but effectively brought back to life. Technology makes it possible to reboot and remake movies shuffling backwards and forwards in time. Peter Cushing is one such actor where the film studio were able to remodel him based on a plaster cast model of his face taken back in the late 70’s. You could argue that this is an act of respect or homage but in terms of movie sagas stretching decades it must be part of the written contract.

The late great actor and comedian Robin Williams must have seen this coming when he passed on rights to his name, signature, photograph and likeness to a trust protecting the use of his image until 2039.

As actors get more savvy about their rights and the protection of copyright Hollywood may have to go even further in the technology stakes. They need to go for the ultimate digital resurrection. No I do not mean another Terminator remake, I mean bringing one of the classic actors back to life. Plans are now under way to recreate James Dean digitally as part of a new movie about the Vietnam war, a war which started the year he died.

As a ‘method actor’ who liked to immerse himself in his role I wonder what he would have thought about his image being treated in this way. A charismatic actor now has his digital ashes converted into pixels with words spoken by another actor. Maybe this is the line they should not cross?

While I respect the film makers art and the technology that turns fantastic books into breathtaking films like Lord of the Rings I personally struggle with the theft of  an actors image like this. As someone who loves film I will I am sure go and see Scorsese’s The Irishman but I will also watch reruns of Marvel Movies at Christmas time with my grand children and understand the deeper meaning of them more than they do because they speak to me as art.

This article is in part a homage to Barry Norman and Nina Simone.

I wish I knew how
It would feel to be free
I wish I could break
All the chains holding me
I wish I could say
All the things that I should say
Say ’em loud, say ’em clear
For the whole round world to hear

If you know the tune hum along………