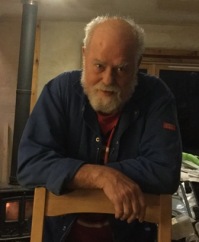 Currently when we go to the shops to buy a drink the container it is in is a “one-shot” container and is thrown away afterwards . Only about 50% of these are recycled the scheme aims to raise that figure to 90% . There are many potential advantages to this including cost, safety, litter reduction and climate change for example .

There are many folk who remember that this is the way it always used to be and indeed there was a handful of those at the presentation given by Zero Waste Scotland last week in Kirkwall.

In many European countries like Belgium and Germany for example it still is and returning the empties is just part of the shopping . When you go into the store you get given a chit for the number of bottles and crates that you are returning . This chit is redeemable at the till and just comes off the day’s shopping . The German supermarkets like Aldi and Lidl for example have a small cubicle as you go into the store which accepts nonrecyclable glass and plastic bottles . The machine that accepts them either gives you a chit which is redeemable at the till or will donate to charity automatically . 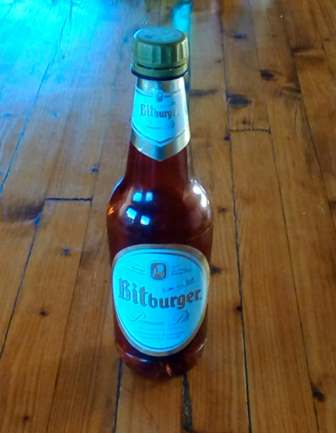 If you buy a drink in a ” one shot” container like this German beer , you pay more for the beer than if you bought it in a returnable bottle.

The Scottish Zero Waste presentation was about 50% in interactive mode. We were split into smaller groups and proceeded as if it was at a workshop to allow attendees to have their say and ask questions and indeed they did !

There were professional and trade representation from corporate to corner shop level. Strong criticism came from the trade about the shortness of time that they have been given to comment on it a scant six weeks. Another strong criticism revolved around the cost of storing the empties either the shops have to give up commercially valuable storage space inside or have to build storage outside. As the scheme aims to collect PET bottles as well as Glass that outside storage in Orkney has to be windproof and vermin proof , not going to be cheap . It was not clear who was going to pay for that . The potential problems of VAT and online trading were also aired.

Takeaway Disposable Cups to Face a Charge of up to 25p